When the song goes wrong… 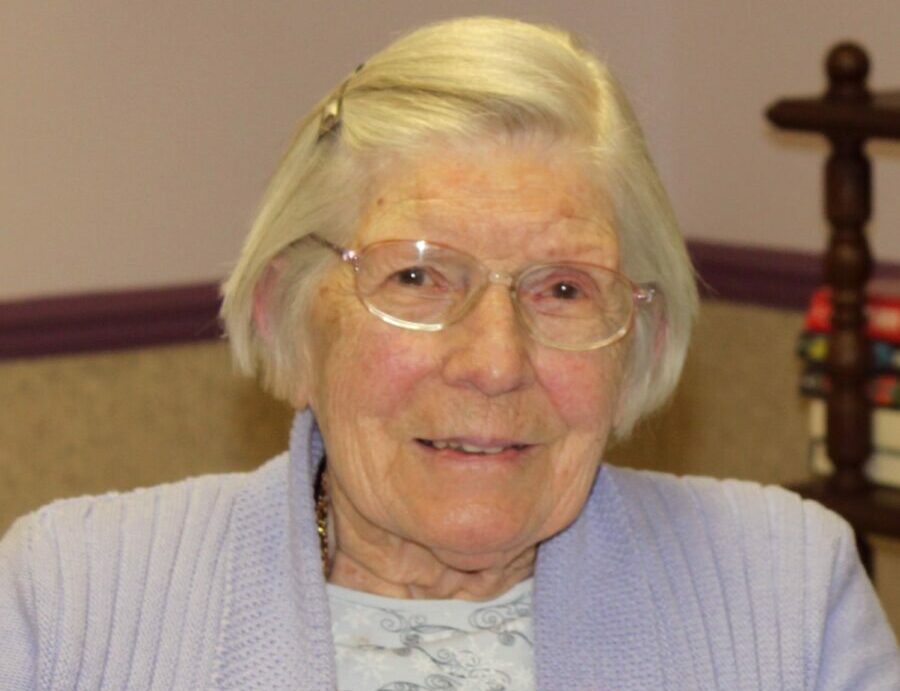 Sadly, my Grandmother passed about a month ago. She was my mother’s mother and she lived in Monroe, Michigan which is almost 5 hours drive from where Mike and I live now.

I am so grateful that I managed to visit her when her condition had suddenly worsened. I gave her a little gift from her only Irish great grandchild, Joshua, and I took a video message from her to send to my Mom and the rest of the family. Little did I realise that she would be gone 2 weeks later.

To contribute to the funeral, I offered to sing the Ave Maria which I knew she had loved. And even though I only had 2 days to prepare I decided I could put the practice in and be ready in time.

I decided which version I wanted to learn and then I wrote out the words. I started practicing line by line and noticed one line was catching me out. So I listened to it a bit more and worked on the melody more carefully. I sang it for Mike a few times, decided on my key and learned the words.

Before I knew it, I was about to walk up to the altar to sing. And that was when it started to go wrong.

I was standing at the side of the altar as the organist finished playing the communion hymn when my mind just went blank. I started to panic thinking that I might have forgotten how the tune went. But I took a deep breath and hoped the preparation had been enough.

My heart rate was a little bit raised as I stood in front of the socially distanced congregation and I started singing. Because of my nerves I started singing in a lower key than I wanted but I kept going as I knew there weren’t any very low notes to worry about.

Then I felt a shift in the energy of the room as everyone started to listen and that’s when my emotions jumped in. I realised I was standing there for everyone grieving. And I realised that I hadn’t practiced the song in a big room. I had only practiced in the car!!

So, when I got to the line that had been catching me out – I went wrong!!!!

I went down a whole step instead of a half step which basically put the whole song in a key lower than I started. While I realised my mistake, I quickly gathered my thoughts and decided I have to keep going, focus on the meaning of the song and stay calm!

As an experienced singer with lots of performance behind me, I really should have done better, I should have remembered to practice while standing in a room and not just sitting in the car.

I should have gone over the line I was struggling with more. BUT it was an emotional event with only 2 days of practice so I didn’t give myself too much of a hard time.

Many inexperienced singers panic when they are about to sing. If that’s you then learn from my mistake and give yourself more time to practice and really focus on the difficult parts of the song. If possible sing out loud in a larger room to really know how it feels to project your voice. And please get in touch if you’d like my help!

Click HERE to listen to my Ave Maria and see if you can hear where my melody went wrong. If you don’t notice it straight away then listen to the beginning and the end to hear how I ended in a different key.

Aideen is an Intuitive Voice Coach, Mentor and Singer. She unlocks the mental and emotional blocks to being seen and heard so that you can speak up, Sing OUT and step forward in life with renewed faith in yourself. She blends her knowledge of psychology, spirituality and voice training to uncover the hidden treasure within your unique voice. Aideen can help you to sing & live joyfully by transforming your self doubt into self confidence! Since launching Confidence in Singing in 2016, Aideen has been featured on RTE’s Nationwide, Beat 102 103, and South East Radio, with mentions for her work in Ireland’s Own and the health supplement of the Irish Independent. Aideen also produces her own original music and is currently working on new material. Click HERE to book your free Consultation